The Knee Cap and Knee Pain 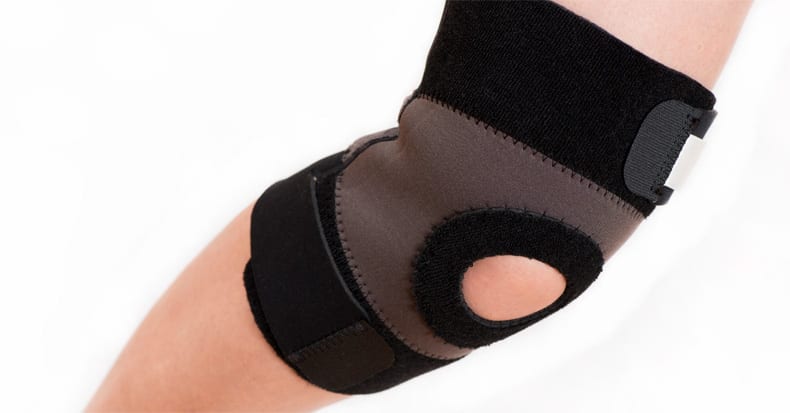 The knee can be divided in four compartments—the front, inside, back, and outside—which intimately interact with each other. The compartment located in the front of the knee includes the knee cap (or patella), the groove in which it slides in, and the muscles that attach to the patella. The patella is the body’s largest “floating bone” (technically called a sesmoid bone). The function of the patella is to act as a kind of pulley that allows the knee to fully and easily extend. This area of the knee is often referred to as the “extensor mechanism”, as it is responsible for allowing the knee to extend or straighten.

When full extension cannot be accomplished, this is referred to as “extension lag” or “flexion contracture.” Extension lag is often caused by weakness of one of the four quadriceps muscles called the vastus medialis oblique (VMO), and depending on the cause of the weakness, exercises that specifically address this problem are very important in regaining the ability of the knee to fully lock out in extension.

Flexion contracture results in a similar inability to fully extend or straighten the knee, but the cause is not due to muscle weakness but rather the shortening or “contracture” of the muscles that flex the knee called the hamstrings, which are located behind the leg and knee. This can happen when patients are bed-bound, and it can become a permanent impairment if the hamstrings are not used or properly stretched on a regular basis.

Another problem associated with the patella is a softening of the cartilage behind the knee cap, which is called chondromalacia patella (CP). One symptom associated CP includes burning pain in the front of the knee, especially when the knee is bent for a prolonged period of time. Symptoms can be very intense but usually improve quickly once the knee is straightened out or the person can stand or walk.

The shape of the patella as well as the shape and depth of the groove in which the knee cap glides can be altered by trauma and/or genetic reasons. This can also predispose the patient to problems in this compartment of the knee. A common genetic example is an excessively knocked knee (technically called genu valgus). This results in disproportionate rubbing of the patella on the outer ridge of the femoral groove, which can be painful.

Doctors of chiropractic are trained to assess, diagnose, and treat patients with knee pain utilizing manual therapies, modalities, exercise, and orthotics for foot/ankle conditions, as well as the application of braces and/or taping of the knee.

The post The Knee Cap and Knee Pain appeared first on ChiroTrust.