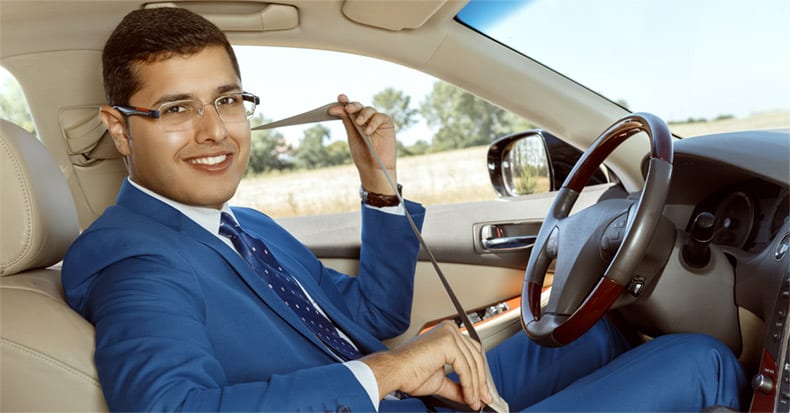 Some studies have suggested that 85% of all whiplash injuries occur from rear-end collisions. So, what are some different ways that we might be able to avoid injury if such an event occurs?

HEADREST: It’s important that your headrest is high enough so that your head and neck doesn’t roll over it in a collision, which can increase the risk of injury to the neck and head. Additionally, be careful to keep your head within eight cm (3.14 in) of the headrest while driving. By reducing the spacing between your head and the headrest, you can lower your risk for sustaining a brain injury in a rear-end collision. Today’s cars may also feature an active head restraint system that adjusts the head rest in an effort to shorten the distance between the head and the headrest when an accident occurs. ADVICE: Check the position and condition of your head restraint!

SEAT BACK POSITION: At least one study has concluded that vehicle occupants may have a higher injury risk if the seat back is fully upright. On the other hand, a seat back that leans too far back may serve as a ramp for the body during an accident, which could slide the head over the headrest. This too can increase the risk of injury. ADVICE: Recline the seat back somewhat while driving, but not too far.

BODY SIZE EFFECTS: A literature search study reviewed the potential injury effects as it relates to differences in anatomical size, head-neck orientation, the facet joints (small gliding joints in the back of the cervical spine), and neck muscles mass. The authors of the study reported that smaller sized necks, head positions outside of neutral (vs. looking straight forwards), and smaller muscle mass increased the potential for neck injury in a rear-end collision. ADVICE: Strengthen/exercise your neck muscles.

AIR BAGS & SEAT BELTS: Though these are not an “option” and have become “standard equipment” in cars, it’s clear that airbags and seat belts have saved far more lives compared with the injuries (including some deaths) that can be attributed to them. According to one source, more than 30,000 lives have been saved by front and side airbags. ADVICE: Make sure you act on any recall involving your airbag (and any recalls involving your car in general) and WEAR your seatbelt!

FACTORS DIFFICULT TO STUDY: Given all the variables involved in “real-world” car crashes, it is very difficult to predict which criteria are most important for injury prevention. For example, vehicular weight/size difference, multiple collisions—from different directions, readiness for impact, etc. The BEST ADVICE – Stay alert, keep your eyes on the road, and don’t speed.